Announcer:
This is ReachMD. Welcome to this special series, Beyond Skin Deep: Impacts of Psoriatic Arthritis, sponsored by Lilly.

Announcer:
The preceding program was sponsored by Lilly. Content for this series is produced and controlled by ReachMD. This series is intended for healthcare professionals only. To revisit any part of this discussion and to access other episodes in this series, visit ReachMD.com/beyondskindeep. Thank you for listening. This is ReachMD. Be Part of the Knowledge.

There are many comorbidities associated with psoriatic arthritis, but what about the hidden ones? There may be more than meets the eye. 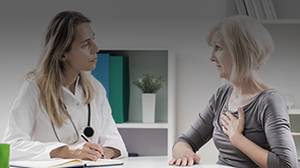