For some communities, the digital divide remains even after they have access to computers and fast internet, new research shows.

A study of the Bhutanese refugee community in Columbus found that even though more than 95% of the population had access to the internet, very few were using it to connect with local resources and online news.

And the study, which was done during the height of the COVID-19 pandemic stay-at-home orders in Ohio, found that nearly three-quarters of respondents never used the internet for telehealth services.

The results showed that the digital divide must be seen as more than just a technological problem, said Jeffrey Cohen, lead author of the study and professor of anthropology at The Ohio State University.

“We can’t just give people access to the internet and say the problem is solved,” Cohen said.

“We found that there are social, cultural and environmental reasons that may prevent some communities from getting all the value they could out of internet access.”

The study was published recently in the International Journal of Environmental Research and Public Health.

For the study, researchers worked closely with members of the Bhutanese Community of Central Ohio, a nonprofit organization helping resettled Bhutanese refugees in the Columbus area.

The study included a community survey of 493 respondents, some who were surveyed online and many more who were interviewed in person.

While many of respondents lived in poverty – more than half had annual incomes below $35,000 – 95.4% said they had access to the internet.

More than 9 out of 10 of those surveyed said access to digital technology was important, very important or extremely important to them.

But most had a very limited view of how they could use the internet.

“For just about everyone we interviewed, the internet was how you connected to your family, through apps like Facebook or WhatsApp,” Cohen said. “For many, that was nearly the only thing they used the internet for.”

Findings revealed 82% connected to friends and family, and 68% used social media. All other uses were under 31%.

Not surprisingly, older people, the less educated and those with poor English skills were less likely than others to use the internet.

A common issue was that many refugees – especially the older and less educated – were just not comfortable online, the study found.

“Of course, that is not just an issue with the Bhutanese. Many people in our country see the internet as just a place where their children or grandchildren play games, or attend classes,” he said.

“They don’t see it as a place where they can access their health care or find resources to help them in their daily lives.”

Language was another issue. While there was a local program to translate some important resources from English to Nepali, the most common language spoken by Bhutanese refugees, many respondents remarked that the translations were “mostly gibberish” and nearly impossible to understand, Cohen said.

Even for those who spoke English, fewer than 25% described themselves as excellent speakers.

“People had access to the internet, and this information was available to them, but they couldn’t use it.  That is not a technological issue, but it is part of the digital divide,” he said.

Because the study was done during the COVID-19 pandemic, one of the main areas of focus in the study was access to health care and information on COVID-19.

Even though telehealth services were one of the main ways to access health care during the pandemic, about 73% said they never used the internet for that purpose.

And COVID-19 was not the only health issue facing many of the those surveyed.

“The Bhutanese community is at high risk for cardiometabolic diseases, such as cardiovascular disease and diabetes, and about 72% of those surveyed had one or more indications of these conditions,” Cohen said.

“If they aren’t taking advantage of telehealth to consult with doctors, this could be putting them at greater risk.”

Cohen said one key lesson from the study is that researchers must engage and partner with communities to ensure that proposed solutions to problems, including the digital divide, respond to local needs.

The study was funded in part by the National Institutes of Health and the Ohio State Social Justice Program.

Co-authors were Arati Maleku and Shambika Raut of the College of Social Work at Ohio State; Sudarshan Pyakurel of the Bhutanese Community of Central Ohio; Taku Suzuki of Denison University; and Francisco Alejandro Montiel Ishino of the National Institute of Environmental Health Sciences at NIH. 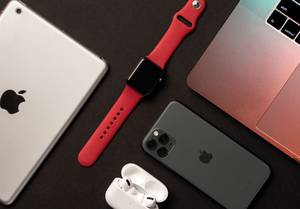 Confronting The Osteoporosis Epidemic
UP NEXT...
A Multidisciplinary Approach to Care Coordination Challenges in Psoriatic Arthritis
CME
Register