Rheumatoid arthritis (RA) is associated with restrictive and obstructive spirometry patterns, with the strongest associations seen for severe patterns, according to a study published online May 13 in Arthritis & Rheumatology.

Lauren Prisco, from Brigham and Women's Hospital in Boston, and colleagues conducted a cross-sectional study to examine the association between RA and pulmonary function measures on spirometry among individuals who underwent spirometry for research purposes. Associations were estimated adjusting for age, sex, body mass index, and smoking status/pack-years. 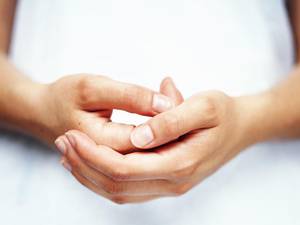 The Quest to Better Understand Axial Psoriatic Arthritis
UP NEXT...
Get the Breakdown on Gout Management
CME
Register