New Jersey - The state Health Department this week amended the medicinal marijuana program to serve patients and inhibit the spread of the coronavirus by letting dispensaries make curbside sales and cutting the registration fee for caregivers to $20.

These accommodations will help. More changes are on the way.

In a webinar hosted by NJ Cannabis Insider Tuesday, three of the state’s most well-known cannabis industry leaders discussed how much patients would appreciate a law allowing them to grow their own medicine right about now. The coronavirus pandemic has made it increasingly difficult for medical cannabis patients to buy medicine. If home grow were in place, patients would be less likely to be exposed to COVID-19.

A provision letting patients grow up to six plants was included in the original draft of the medicinal marijuana law in 2009 but it was removed to improve the controversial legislation’s chances of passing. It worked. But for as long as New Jersey has operated a medicinal marijuana program, patients have complained about how difficult it is to afford their medicine.

“I talk to a lot of folks in the industry. A lot of people think that the industry is fighting this. I have not heard one credible source in the cannabis industry that is opposed,” Caruso said.

Caruso acknowledged the “broad concerns” elected officials have about home cultivation, such as the prospect of rogue growers feeding the black market with an unregulated product.

“But if we’re talking about allowing a patient to grow their own strain or something of that effect, I do think that there is an appetite for that,” Caruso said.

“I don’t see that as an opportunity right now and in the next month. It might be something though we’re talking about this summer, and I do think there's merit to it,” he added.

Scott Rudder, president of the New Jersey CannaBusiness Association, said he sympathizes with families who fear they might not be able to get the right strain of cannabis to manage their child’s seizures.

“If you have a child with Dravet syndrome and you don’t have access to your medicine, that’s a big freaking deal. And that should make people angry, right? People should not have to worry about where they’re going to get medicines for themselves or for their child,” Rudder said.

Jackie Cornell, chief of policy and health innovation for the edibles company, 1906, said she thought home grow was worth fighting for but she couldn’t imagine how the idea would gain traction with the state Legislature.

“Perhaps I’m being a little too pessimistic,” Cornell said.

Rudder suggested advocates for home grow needed to keep “the constant drumbeat of the patients’ needs and patients’ rights.” With everybody stuck at home right now, “It’s a great opportunity for reaching out to your Senator, to your Assemblymember, to your mayors to your federal elected officials.”

Caruso acknowledged there is no appetite for a home grow market.

“Advocating for a patient’s ability to grow their medicine is different than advocating for everyone” to grow at home, he said.

“We’re talking about patient medicine right now. If you want to get on that bandwagon,” Caruso said. “There’s a movement that is online right now to do that. I think that has merit.”

Meanwhile, state Sen. Nicholas Scutari, D-Union, the sponsor of the legalization bill, believes it’s not the right time to have this discussion.

“At some point in time in the future, you will see home grow. But not in the near future,” Scutari told NJ Cannabis Insider. His research into legalization laws tells him it would create a problem for law enforcement because in other states, some people grow far more than they would need and that just feeds the black market.

His focus, he said, is on getting the Nov. 3 ballot question passed that would amend the state constitution to allow the sale of weed for adult use.

“There doesn’t seem to be an appetite among leadership for home grow,” he said. 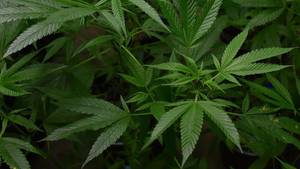 Can a Woman with Lupus Have a Healthy Baby?
UP NEXT...
Clinical Pearls in Osteoporosis & Fracture Prevention
CME
Register