Rheumatoid arthritis affects millions worldwide and often leaves patients debilitated with chronic pain and joint inflammation. Scientists have long struggled to figure out the core causes of the condition.

Now, research involving mice and a small group of patients has connected the early stages of rheumatoid arthritis to a newly discovered species of bacteria found in the gut microbiome — the vast community of microbes that assist digestion and influence human health.

The new study, published in the October 26 issue of Science Translational Medicine, revealed that this bacterial species could trigger the formation of autoantibodies, or antibodies that target the body's own tissues.

The findings build on a body of work that has suggested a strong link between rheumatoid arthritis and abnormal shifts in the body's microbiome, according to the study authors.

"We discovered a new type of bacteria that can stimulate the development of rheumatoid arthritis-like immune responses as well as joint swelling in mice," said Meagan Chriswell, a Ph.D. candidate at the University of Colorado Anschutz Medical Campus and lead author of the new study.

"We also found that people with rheumatoid arthritis have immune responses against these bacteria, indicating that these bacteria could be stimulating the development of these antibodies in humans," she added.

DELVING INTO THE MYSTERIOUS CAUSES OF RHEUMATOID ARTHRITIS

Rheumatoid arthritis is an autoimmune disease that develops when the immune system starts to attack joints such as the hands and feet. These attacks lead to chronic inflammation, which can eventually cause permanent joint damage and physical disability.

The condition remains one of the most widespread chronic diseases worldwide. Approximately 1.3 million people have rheumatoid arthritis in the U.S., and a 2020 study estimated that as much as 1% of the global population suffers from the condition.

Modern medicines have come a long way in providing relief for patients, but the disease remains a massive health burden. Furthermore, scientists are still unsure about what exactly causes rheumatoid arthritis or what triggers it to appear in some people and not in others.

"ACPAs bind … many different proteins in the human body, so there isn't one easy target to pick out," Chriswell said. "ACPAs have been detected at the intestinal, lung, and cervicovaginal tracts in humans but until recently it was unknown what they may be targeting at these sites."

Some researchers also posit that environmental influences such as microbes can trigger the condition by generating sustained local immune responses. Over time, these immune responses could potentially develop into the systemic autoimmunity that defines rheumatoid arthritis.

Chriswell's team theorized that there might be a link between rheumatoid arthritis, bacteria in the microbiome, and ACPAs and other autoantibodies in patients. To test their theory, they gathered blood samples from two patients in the early stages of rheumatoid arthritis and four people with a risk of the disease.

After obtaining the samples, the scientists isolated several types of autoantibodies and confirmed that the antibodies bound to antigens linked with rheumatoid arthritis.

They then tested whether these autoantibodies could also interact with bacteria found in the gut. The authors gathered an array of common gut bacterial species from fecal samples from five healthy individuals, eight at-risk individuals, and five patients with early rheumatoid arthritis.

Following this lead, the study authors set up a new experiment where they gathered more than 50 isolates of Subdoligranulum from a patient involved in the study.

One of the isolates, which the team named Subdoligranulum didolesgii, bound with autoantibodies and activated immune cells called T cells. Furthermore, mice that became colonized with this newly discovered isolate ended up with common rheumatoid arthritis symptoms such as inflamed joints and swollen paws.

"We identified Subdoligranulum didolesgii using a very small cohort of individuals at risk for rheumatoid arthritis and cultured the bacterium from one individual," Chriswell said. "But we need to determine if additional relevant bacteria from more individuals may have similar capabilities as this one."

With this discovery, Chriswell and her colleagues suggest that it might be possible to target Subdoligranulum didolesgii to either treat or prevent rheumatoid arthritis in patients. But she cautions against the use of antibiotics, as these drugs lack selectivity and tend to kill a large swath of microbes in the gut.

There is still a long way to go before any treatments can be tested in humans. The study involved a very small sample size, and researchers would have to first determine whether Subdoligranulum didolesgii interacts with other microbes in the gut.

Furthermore, the scientists only observed Subdoligranulum didolesgii in 20% of the people at-risk for or living with rheumatoid arthritis, according to Chriswell. This left them wondering if other microbes in the gut could similarly act as triggers in other patients.

To answer these questions, Chriswell's team is currently working to study the prevalence of Subdoligranulum didolesgii in larger populations, as well as to define the exact mechanisms by which the bacteria trigger the release of autoantibodies.

Ultimately, the researchers aim to better define the complex interplay between Subdoligranulum didolesgii, environmental risk factors such as other microbes, immune and genetic risk factors, and the appearance of rheumatoid arthritis in patients.

In a Focus article related to the study, scientists Rabi Upadhyay and Dan Littman argue that the new discoveries provide strong support for the mucosal origins hypothesis, which proposes that rheumatoid arthritis first begins with environmental interactions in mucosal surfaces before progressing to the joints.

"By identifying the specific gut microbiota that may be the provocateurs of the original local immune response, and perhaps by pursuing clinical trials where these bacteria are eliminated in at-risk individuals, rheumatologists may finally stand a chance of reversing or preventing disease," they conclude. 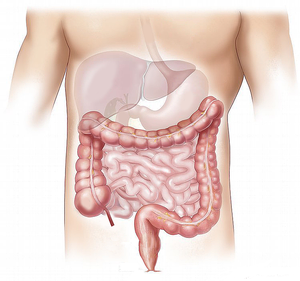 Osteoporosis Update: Keys to Improving Diagnosis & Preventing Fractures
UP NEXT...
Can a Woman with Lupus Have a Healthy Baby?
CME
Register