Among patients with gout, the wide variation of flare patterns presents a challenge for reporting flares in clinical trials, according to study results published in BMC Rheumatology.

Results also indicated that time-dependent reporting strategies correlated strongly with other measures of gout disease severity, and thus, may be a more accurate way of measuring flare burden.

The study included 120 patients with gout from a randomized controlled trial (Clinical trial registration number: ACTRN12609000479202). Researchers examined daily flare diary entries, including self-reports of flare and pain scale. They analyzed detailed pain-by-time plots for different methods of flare reporting for both self-reports and the classification tree (CART)-defined flares, which was described by Gaffo et al in 2012.2 The concurrent validity for different methods of flare reporting was then determined.

Researchers found that the time to first self-reported flare had a poor correlation with other measures of gout activity and methods of flare reporting. They found that the number of days with flare (either self-reported or Gaffo-defined) and the area under the pain-by-time curve had the strongest correlation with other measures of severity of disease, and indicated a more accurate assessment of flare burden.

Study limitations included not being able to determine whether continuous reports of flares represented a prolonged flare or several new flares because flare sites were not recorded, and the possibility that some gout flares were not captured because measures of disease activity were evaluated on a monthly basis.

“Reporting the occurrence of a flare during a specified time period may not adequately represent the overall impact of flare [because of] variation in duration, pain level, and intensity of inflammation,” the researchers wrote. 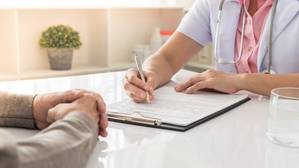 The Impact of the LOOP Study on PsA: A Rheumatologist’s Take
UP NEXT...
What Are the Latest Advances in Lupus Care?
CME
Register