In a medical first, an infusion of the CRISPR gene editor into the blood of three people with a rare genetic disease is easing their symptoms, a biotech company reports. The experimental treatment tamped down a liver protein that causes painful and potentially life-threatening bouts of swelling in the throat and limbs. Two people in the company’s trial are doing so well after a single CRISPR injection that they no longer need drugs to control their condition.

The data were reported at a meeting today in Berlin on the disease, called hereditary angioedema. The effort marks the second time the company, Intellia Therapeutics, has used in vivo delivery of CRISPR to inactivate a gene directly inside a person’s body. But the latest results reflect the first report of clinical benefits associated with injecting the tool, which can snip out or replace targeted bits of DNA, says John Leonard, Intellia president and CEO.

The clinical data are "impressive" and "an important achievement for the field," says Fyodor Urnov, a CRISPR researcher at the University of California, Berkeley.

CRISPR has already been shown to treat blood disorders via an ex vivo strategy in which a patient’s cells are harvested, edited in a lab, and then returned to the body. An in vivo approach for blindness disorders, where the gene editor is injected into the eye, is also showing tentative benefits. But directing CRISPR to specific organs or cells inside the body via an intravenous infusion is harder.

Last year in a landmark study, Intellia and partner Regeneron reported that in people with a rare genetic disease called transthyretin (ATTR) amyloidosis, an in vivo CRISPR drug halted the build-up of liver proteins that can cause nerve pain, numbness, and heart problems. Although the knockdown of the protein appears to be long-lasting, the company hasn’t yet revealed whether the patients’ symptoms improved. For the trial in hereditary angioedema, however, the benefits emerged quickly, Intellia reports.

That disease results from mutations that disable a protein called C1-esterase inhibitor that’s part of a signaling pathway controlling levels of bradykinin, a peptide hormone that causes blood vessels to leak fluid. In people with hereditary angioedema, stress, illness, or trauma can trigger high blood levels of bradykinin, producing severe swelling of limbs, the abdomen, or even the throat, which can suffocate a person.

Drugs can help prevent these attacks by blocking a protein, kallikrein, that ramps up bradykinin levels—this essentially counteracts the effects of the loss of C1-esterase inhibitor. But CRISPR could allow patients to avoid lifelong use of those drugs by permanently knocking out the gene for kallikrein. Intellia took on that challenge by pairing CRISPR’s DNA-cutting enzymes with a strand of RNA that guides them to the gene.

To deliver the gene editor in vivo, the company wrapped that guide RNA plus a messenger RNA encoding the enzyme in a lipid nanoparticle. When injected into a patient’s bloodstream, the nanoparticles go to the liver, where kallikrein is made, and get sucked up by cells there. They make the CRISPR enzyme, and it is ferried to and snips the gene for kallikrein.

In the hereditary angioedema trial, three patients who received a low dose of the CRISPR treatment saw their kallikrein blood levels drop by 65% on average at 8 weeks, clinical immunologist Hilary Longhurst reported at the 2022 Bradykinin Symposium. Longhurst, of the University of Auckland, leads the New Zealand arm of the study. Two patients who were having one to three swelling attacks per month have had none since the treatment. A third who was having up to seven attacks per month stopped experiencing them after 10 weeks.

Among those three, two were taking drugs to prevent the swelling episodes. They have since gone off those meds without the attacks resuming.

Kallikrein levels dropped even more, by 92%, in three patients treated more recently with a higher dose of CRISPR nanoparticles. The results suggest the company’s early success with in vivo CRISPR is “not a fluke; it’s reproducible,” Leonard says.

Longhurst says her team’s patients who are now attack-free tell her the CRISPR treatment has been “life-changing.” They no longer worry that a hard gym workout or catching a cold or COVID-19 will trigger a painful swelling attack. “To have someone potentially cured of symptoms forever is incredible to me," she says.

Other teams are also testing in vivo gene editing to treat various diseases. In July, the company Verve Therapeutics began a clinical study of a CRISPR-based approach called base editing for an inherited form of high cholesterol driven by an overactive gene called PCSK9. Instead of cutting the problematic gene’s DNA, Verve’s drug swaps one DNA base in its sequence for another—a potentially safer way to disable it, an editing tactic that could also be used to fix a mutated gene in other conditions. 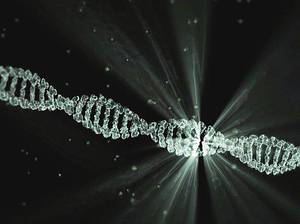 Knee Resurfacing: Another Option for Early Osteoarthritis?
UP NEXT...
The Nuts & Bolts of Treating Articular Cartilage Defects
CME
Register