When women started reporting longer periods and heavier-than-normal bleeding after getting Covid vaccines last year, there was little data to back it up.

Although they made up around half the participants in Covid vaccine trials, women were not asked about any menstrual changes as part of that process. Since then, several studies have revealed that Covid vaccines can indeed induce short-term changes in menstrual cycles.

So a growing chorus of researchers is calling for further study of vaccines' effects on menstruation. Collecting this type of data during the Covid vaccine trials, they say, could have prevented distress among those who experienced abnormal changes to their cycles and assuaged fears about the shots at a time when misinformation abounded.

"Because we had no data and people weren’t paying attention to it, individuals who started reporting it just got blown off. People feel like they were gaslighted around coming in and having these concerns," said Alison Edelman, a professor of obstetrics and gynecology at Oregon Health and Science University.

In an editorial published Thursday in the journal Science, Dr. Victoria Male called on future trials to ask people about period changes and to take respondents seriously if they report such side effects.

"We shouldn't underestimate how important it is to do that — to listen to people and address their concerns, particularly around public health interventions like vaccines," said Male, a senior lecturer in reproductive immunology at Imperial College London.

If a side effect is left unstudied and unexplained, she added, that can fuel distrust and misinformation; in this case, the false narrative that menstrual changes from Covid vaccines may have been related to fertility issues.

"There have been a lot of very straightforward pieces of misinformation about how vaccines could impact fertility, and we have so much evidence that they don’t, but you can understand how people might connect the dots here and worry," she said.

Evidence thus far suggests that Covid vaccines can temporarily prolong menstruation or result in heavier periods, but that these vaccine-induced changes are short-lived — Male said most resolved within one or two cycles.

A study published in January from the Norwegian Institute of Public Health identified a significant increase in heavier-than-normal bleeding among women ages 18-30 after their Covid vaccines. And in a July analysis, 42% of those with regular menstrual cycles said they bled more heavily than usual after vaccination.

Edelman's research earlier this year showed that the first and second Covid vaccine doses were each associated with longer-than-normal menstrual cycles — less than one day more of menstruation — in the United States. Her study found no such association among the unvaccinated.

A follow-up study showed that the results held true for people in Canada and Europe.

"When you see something like this come up, then you’re like, 'Wait a second, why didn’t we have that data before?'" Edelman said.

Male said the oversight could be due, in part, to the fact that most vaccines are administered in childhood, so menstruation isn't top of mind in trials. But the issue is reflective of a larger inequity in clinical research, she added.

"It wasn’t until the early '90s that there was a requirement to always include female participants in your research," she said. "Until that requirement existed, a lot of people would deliberately do everything on male participants because, in some ways, it’s easier. The ramifications of that continue to echo."

In the past, menstrual changes have also been reported among those who received vaccines for typhoid, hepatitis B and influenza. Male said the biggest study documenting such changes found that teenagers in Japan who received the HPV vaccine had a higher chance of visiting the hospital for heavy or irregular menstruation.

"The clues have been there for us for a while if anyone had thought to connect the dots, but I guess no one did," she said.

Edelman said these reports have sometimes been dismissed as part of the normal variation of menstrual cycles.

But it wouldn't be difficult to collect data on menstruation during clinical trials, according to Sabra Klein, the co-director of the Center for Women’s Health, Sex and Gender Research at the Johns Hopkins Bloomberg School of Public Health.

"It would be a matter of adding a question that maybe has sub-questions: Are you menstruating? And if the answer is yes, did you experience a change in your menstrual cycle?" she said.

Instead, Klein said, menstrual side effects initially came to light because of women speaking up on social media. Over time, menstruation issues started getting reported to the federally run Vaccine Adverse Event Reporting System. By April, more than 11,000 had filed such reports.

In addition to longer or heavier menstrual cycles, women have also reported cycles that are shorter or lighter than normal, as well as missed periods, but those other changes haven't been confirmed through studies yet.

Researchers don't know why post-vaccine menstrual changes occur. The leading theory is that vaccines trigger an immune response that cross-talks with hormones, which then signal to the body to delay ovulation and shed the uterine lining for longer.

The timing of vaccination might matter, as well: A November study found that participants saw slightly bigger increases in their cycle length when they were vaccinated during the first half of their cycle than their second.

Edelman said more data on this could enable people to make more informed decisions about when to schedule future shots.

"If you're going to go camping or on a trip or you're getting married and you're like, 'It would not be a good idea to have my period be different this month,' you might decide to get [vaccinated] a different month," she said. 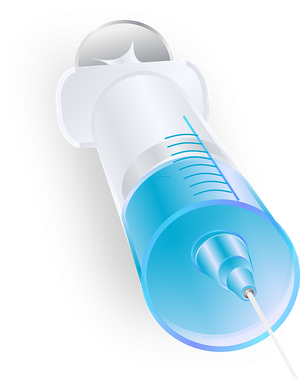 Can a Woman with Lupus Have a Healthy Baby?
UP NEXT...
When Your Patient Has a Spinal Deformity: Clinical Priorities
CME
Register