The more antibiotics prescribed to patients 60 and older, the more likely they were to develop inflammatory bowel disease, suggesting antibiotic use could explain some of the growth in Crohn's disease and ulcerative colitis in older people, according to a review of 2.3 million patient records in a study selected for presentation at Digestive Disease Week® (DDW) 2022.

"In older adults, we think that environmental factors are more important than genetics," said Adam S. Faye, MD, MS, lead researcher on the study and assistant professor of medicine and population health at NYU Grossman School of Medicine. "When you look at younger patients with new diagnoses of Crohn's disease and ulcerative colitis, there's generally a strong family history. But that is not the case in older adults, so it's really something in the environment that is triggering it."

Using Denmark's national database, which includes nearly all medical records for residents, researchers reviewed prescribing records for people aged 60 and older who were newly diagnosed with inflammatory bowel disease from 2000 to 2018. The study looked at the number of courses of antibiotics prescribed, how recently they had been prescribed in relation to the diagnosis and specific classes of antibiotics used.

New diagnoses were highest when antibiotics were prescribed one to two years before, but the risk remained elevated for prescriptions in the period two to five years before diagnosis. The relationship was found for all types of antibiotics, except nitrofurantoin, which is commonly prescribed for urinary tract infections. Antibiotics usually prescribed for gastrointestinal infections were the most likely to be associated with a new inflammatory bowel disease diagnosis. Researchers omitted prescriptions less than a year before diagnosis to reduce the chance that prescriptions had been for symptoms of a yet-undiagnosed gastrointestinal disease.

The study has implications for diagnosing older adults with new gastroenterological symptoms. Inflammatory bowel disease, which can easily be overlooked in this age group, should be considered, especially when there's a history of antibiotic prescriptions, Dr. Faye said.

The research also has ramifications for antibiotic stewardship. In addition to preventing the development of multi-drug resistant organisms, judicious antibiotic use is crucial to preventing inflammatory bowel disease.

"Antibiotic stewardship is important, but avoiding antibiotics at all costs is not the right answer either," Dr. Faye said. "If you're not sure what you are treating, I would be cautious. If patients are coming in with clear infections, and they need antibiotics, they should not be withheld because of these findings."

The study was conducted in partnership with the Danish National Center of Excellence PREDICT Program. The authors did not report any conflicts of interest related to this study. 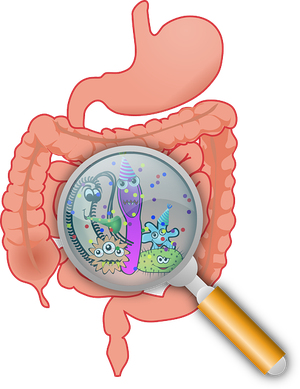 The ABCs of CTD-PAH: (A)lgorithms, Team-(B)ased Approach, and (C)ombination Therapy
UP NEXT...
How to Identify & Manage Patients with Progressive-Fibrosing ILD
CME
Register